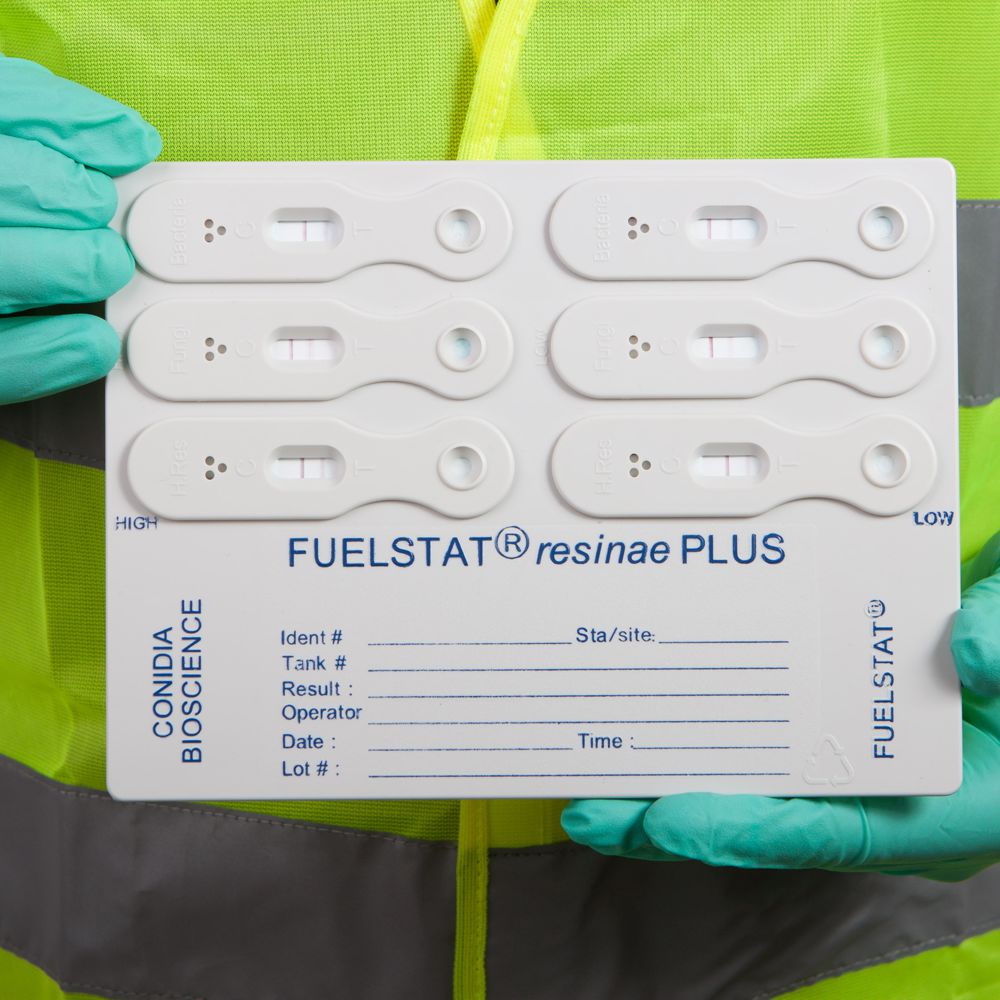 We are pleased to announce that FUELSTAT diesel and aviation fuel testing complies to ASTM D8070-16 as of Monday 5th December 2016.

Going forward this will enable all parties testing for the presence of Microbial Contamination or otherwise known as any combination of, but not limited to the following; Bacteria, Fungi, Hormoconis resinae (H-res), Diesel Bug or Jet Fuel Fungus to be able to rapidly test on-site and provide closer adherence to the below ASTM recommendation thus reducing the potential for sample degradation.

“It is recommended that ideally testing should be completed on site within a few minutes of sampling. Recognising that this is not always possible it states that samples should be kept on ice in transit and tested within 4 hrs but no longer than 24 hrs after sampling. Samples stored at higher temperatures, or for longer times, can show the presence of microbial contamination that does not represent actual fuel system conditions.”

Testing of Fuel within Standby Generators is also recognised by British Standards Institute with update of BS 5410-3:2016

The British Standards Institute has just issued an update to BS 5410-3:2016 and to our knowledge is the first national standards body to reference testing for fuel quality and suitability indeed Section 18.10 headed Fuel Filtration – Filters states:

“Note 1 – Since the introduction of BioFuel (FAME) into fuel tanks the quality and life expectancy of fuels has been adversely affected as FAME is hydroscopic so any water in the fuel goes into suspension. This water can lead to injector pump damage and facilitate the growth of bacteria which blocks conventional filters.

Note 2 – Removing as much water as possible preserves the quality of the fuel.

Fuels for emergency generators should be tested every six months for quality and suitability.”

FUELSTAT® does not have any special handling, transportation, storage or disposal requirements (the fuel sample should be disposed of as per individual company policy) and nor does it require any special skills or capital equipment, so why not protect your assets with FUELSTAT®?